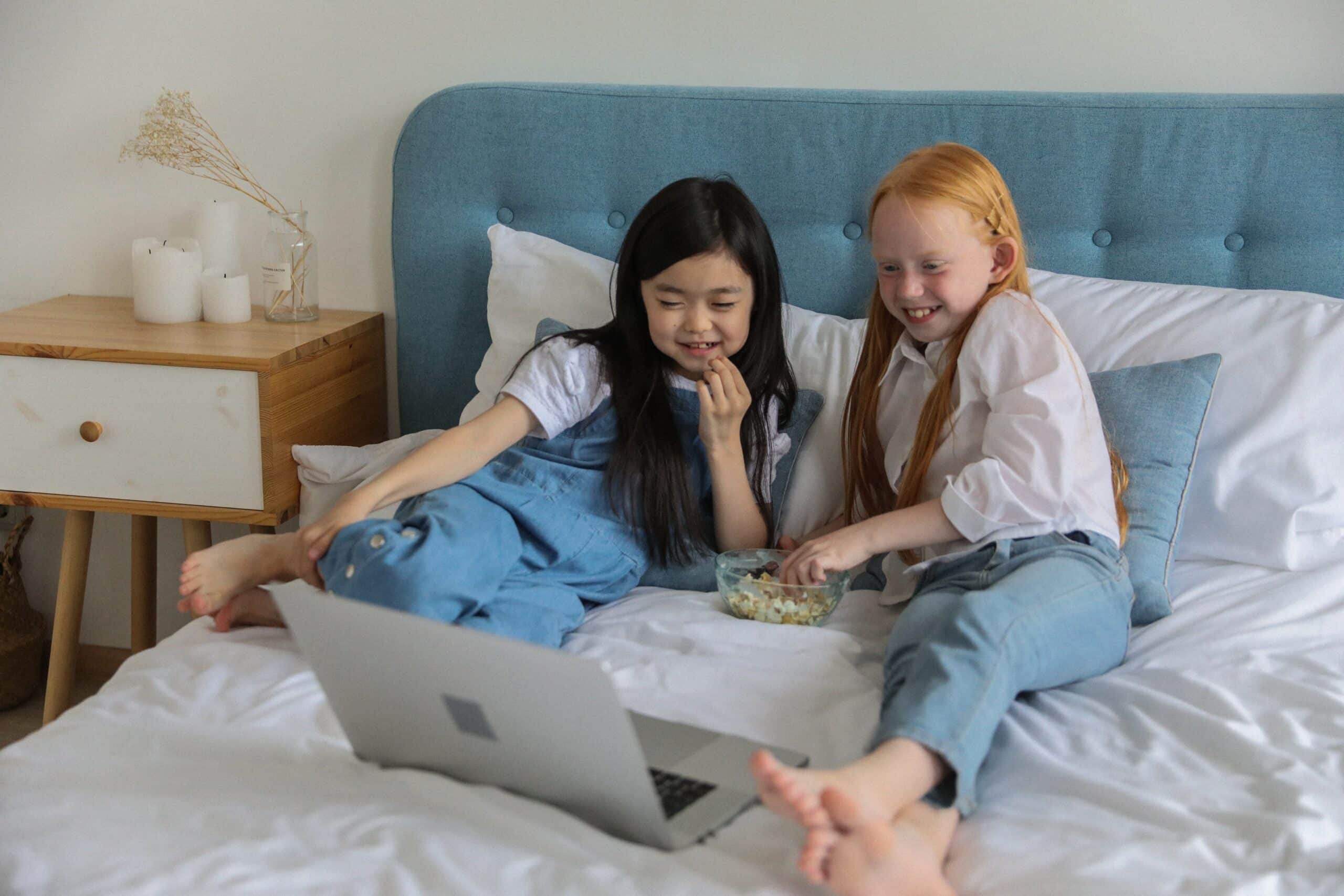 Netflix remains the most used streaming platform in 2022. Still, there are many options as the list of premium, and free service companies that provide free movies online grows, reshaping the streaming landscape for those wanting to save money.

Around 85% of US households have at least one paid subscription to a video streaming service. According to the Deloitte Digital Media Trends study, US users have an average of four streaming service subscriptions. We usually think of premium providers (e.g., Netflix, Hulu, Apple+, Disney+, Amazon Prime Video), but more than 200 streaming services are available globally.

If you enjoy watching free movies and TV shows and don’t mind ads, we have several streaming websites to recommend to you. They represent a more frugal option for those who want more content but are tired of shelling out for monthly subscriptions that add up and hurt our budget, especially with high inflation using more of our dollars.

More households are using FAST services, short for free, ad-supported streaming TV and movie providers. US homes using these services have more than doubled from 8% in 2020 to 18% in 2021. Some premium providers, including Netflix, are considering cheaper subscriptions with ads, despite rising prices.

Before we go over our list of legitimate ways to get free movies and TV shows online, we wanted to explain some of the terms you may run across when searching the streaming landscape.

Live TV sometimes refers to a sports event, but it also means any program you watch or record as a show or series being shown simultaneously in real-time without delay or time gap.

Video-on-demand (VOD) streaming is not live to stream; you can download or watch that program anytime. Advertised video-on-demand (AVOD) has ads. An over-the-top (OTT) media service offered directly to viewers via the Internet rather than dedicated cable or fiber lines.

We avoided many popular free streaming companies that don’t appear to have distribution rights to the content or may have pirated content.

Most of our picks are:

We also added another category of free movies and other content available through public libraries, universities, and the public domain. While you can get a free or cheaper Netflix subscription, these companies are already ahead of the game to have the extra money in your pockets.

Founded in 2004 and acquired by Sony in 2006, Crackle is now part of the Chicken Soup for the Soul family of companies (which includes Popcornflix). Their streaming service is available in the US and its territories and works on any platform. They had over 40 million active subscribers at the end of 2021. They don’t have a paid subscription plan.

A group of University of California, Berkeley graduates founded in 2006, Sony acquired Crunchyroll in 2006. The company caters to anime fans with an expansive library with 1,300 series and many simulcast shows. They also offer TV drama shows online.

They offer four tiers, including the free ad-supported tier, which doesn’t get all of the anime content, and three paid levels ranging from $7.99 to $14.99 monthly.

Popcornflix has 2.58 million subscribers on its YouTube channel. Its content is accessible in the US and Canada and available without registering on its website. They have a lot of content in many genres, including quirky British TV shows.

Launched as a free ad-supported video channel by Amazon-owned online database IMDb in January 2019 as IMDb Freevee, became IMDb TV, and rebranded as Freevee in April 2022. You don’t have to subscribe to Amazon Prime to watch streaming original and licensed programming, accessible in US, US territories, UK, and Germany. Their ads were not very intrusive to us.

Some of the new streaming content on Amazon Freevee are associated with programs that were on Amazon Prime, including Bosch Legacy and Judy Justice. We thought the ads were relatively short compared to some of the other companies. Freevee boasts thousands of hit movies, Freevee originals, and live 24/7 entertainment channels. Amazon Freevee recently signed new deals with Warner Bros, SONY, and Amazon-owned MGM. You don’t need to subscribe to the service, though signing in is a plus to save your viewing progress between devices.

Peacock is an American over-the-top ((OTT) video streaming service owned and operated by NBCUniversal, a subsidiary of Comcast. It launched its on-demand streaming service in July 2020. As of April 2022, its monthly service reached 28 million active accounts and 13 million paid active accounts. Its service is available in the US, UK, Ireland, Austria, Germany, Italy, and Switzerland.

Their extensive library has over 80,000 hours of recent hit movies, TV shows, NBCUniversal shows, Peacock Originals, and live TV, including sports and news.

They have three subscription plans:

The basic plan is free with ads and has over 13,000 hours of select film, like Gone Girl, TV shows and franchises like The Real Housewives, Peacock Originals and series, and a small selection of live sports and news. The service requires you to register for the free service.

The premium plan, normally $4.99 per month, is currently $1.99 for a limited time. This paid plan is less selective though it is still ad-supported. You’ll get more live sports like Sunday Football, Harry Potter, and the Jurassic series.

The premium plus plan is $9.99 monthly and provides Peacock’s entire library, no ads, and you may download content when you are offline.

Plex began as a hobby in 2007 but evolved through the years and is an exciting choice for geeks. In December 2019, it became an ad-supported video-on-demand provider of TV shows and movies available globally to free Plex accounts from media publishers, including Warner Bros, MGM, Lionsgate, and more. They have more than 25 million global users. Users can access their features without creating an account.

As a unique feature, Plex offers a free media player system for users to download and organize their own content in a library.

Launched In 2014, Pluto TV is a free ad-supported video streaming service owned and operated by Paramount Streaming, after being acquired by Viacom in 2019, now Paramount Global. As of April 2022, Pluto TV is among the most extensive free streaming services, with 68 million global monthly active users. Its plan is now available in the US, Canada, Latin America, and Europe on most devices, iOS and Android apps.

The company offers over 250 TV channels, and 1,000s of movies are free with over 150,000 hours of content in all major categories. You can get free select picks from premium partners like Showtime, Paramount+, and more. Pluto TV doesn’t require its users to create an account. However, if you do, you’ll get some unique features that designate your favorite channels.

The service is available on all major devices, web browsers, and apps operating in the US, parts of Europe, Latin America, Brazil, and the Nordics.

The Roku Channel is an American OTT video streaming company that launched a free ad-supported streaming channel in September 2017 for its digital media player, Roku. They show high-quality movies, including relatively recent ones, TV shows, and live TV.

They have licensing agreements with major studios and content from existing Roku channel partners like American Classics, FilmRise, Popcornflix, and other content providers. Through the strategic acquisition of defunct Quibi, they now show Roku Originals. They have the typical genres, and you can search through categories such as Bingeworthy or 90-minute movies, which can be helpful when making a choice.

Sling free is Sling TV’s free ad-supported live and on-demand TV and movie offers. Sling TV is a paid subscription that costs $35 per month, and if you’re a subscriber, you’ll have access to Sling Free. You’ll need to create an account for the free service, which consists of:

Launched its service in 2014, Tubi is an American ad-supported streaming service owned by Fox since 2020. As of January 2022, Tubi has 51 million monthly active users and over 41,000 titles, doubling its library since Fox’s acquisition, benefiting from its parent’s shows.

Tubi CEO Farhad Massoudi is positioning Tubi for a younger audience, personalizing content. Their growing library has Tubi Originals, more than 100 local and live news and sports channels, with over 400 entertainment partners featuring content from every major Hollywood studio. You don’t have to register an account with Tubi.

Founded in 2011, Comcast now owns Xumo TV. They offer free ad-supported content, including movies, TV shows, live TV, and on-demand with 190 channels to stream, including popular digital and television networks including PBS, Hallmark Channel, food, live news, sports, QVC, and Red Carpet at the Oscars. Xumo appears to have less content than other providers and no original content.

Their content is free to watch and stream with commercials and ad breaks from every platform. It is available on iOS and Android in the US, Latin America, Brazil, and Western European countries.

Vudu initially began as a hardware business known as the Vudu box, acquired by Walmart in 2010, Fandango Media, jointly owned by NBCUniversal and Warner Bros, acquired Vudu in 2020.

Vudu has established content licensing contracts with all major movie studios and over 50 smaller and independent studios. They have over 200,000 high-definition movies and TV shows available, but not all the movies are free and ad-sponsored. They label free movies on their site, but many movies are available for rent or purchase, and you can buy and redeem gift cards on Vudu.

I like the ability to filter by genre and such categories as Hidden Gems, Critically Acclaimed, and Most Watched Movies, which helps identify what you want to watch. Unlike other companies, it appears that you must sign up for an account on Vudu.

Established in 2009, Indonesian-based Yidio is a video aggregator consolidating streaming content from free ad-supported sites and paid services. Its platform collects free movies and popular TV shows like Grey’s Anatomy from other websites, such as Amazon Prime, Crackle, Showtime, and many more.

You don’t have to create an account to watch content. However, Yidio sends alerts of new movies and TV shows to those who do.

YouTube is among the most recognizable names to most of us. It is an American video-sharing social media platform launched in 2005 and owned by Google after its acquisition in October 2006.

YouTube has more than 2.5 billion monthly users who collectively watch over a billion videos daily. It’s the second most visited website after Google Search. This site is the best place to learn how to do just about anything, including listening to music and concerts.

With ads, YouTube has more than 1,500 HD movies and 4K episodes of our favorite TV shows for free. YouTube has a paid subscription of $11.99 per month if you want to avoid ads and download content.

Free services without ads from the public domain

The Internet Archive is an American digital library with the mission of “universal access to all knowledge.” It provides free public access to collections of digitized materials, including websites, software applications/games, music, movies/videos, moving images, and millions of books, including free textbooks for college students.

While its quality is not the highest resolution, the Archive has:

Launched in 1986, OverDrive is a digital distributor of eBooks, audiobooks, magazines, and streaming video titles. The current owner of OverDrive is KKR, which purchased the company from Rakuten, a Japanese retailer and e-commerce company. It provides digital rights for publishers, libraries, schools, corporations, and book retailers. OverDrive highlights Kanopy, Libby (eBooks and audiobooks), and a few other apps on its site.

Kanopy is an on-demand streaming video platform for libraries and universities with thousands of movies to stream for free. The content is available on the Kanopy app for Amazon Fire table and Fire Stick, iOS, Android, and Roku. You can start watching movies with your library card or university login information.

Hoopla is similar to Kanopy, with movies only a portion of their library from Disney, Lionsgate, and Warner Bros. They have free audiobooks, comics, ebooks, movies, music, and TV for patrons of participating libraries. They claim to have 500K content titles across multiple formats.