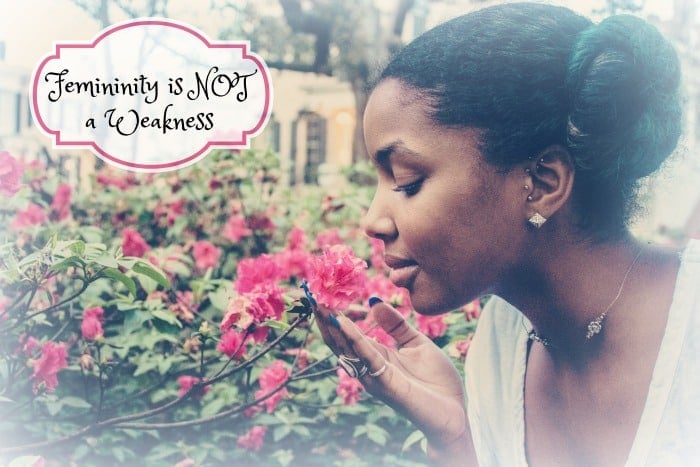 Among conservative Christians, the modern feminist movement is strongly frowned upon. I too disagree with modern feminism, but I am a feminist at heart.  First of all though, femininity is NOT a weakness.

Webster defines feminism as a group of people who believes in equal rights for men and women. Interestingly enough, this is biblical teaching.

In Christ we are all equal, all the same. However scripture is also very clear on gender roles and responsibilities. Wives are to honor their husbands as the leader of their homes; husbands are to love their wives as Christ loved the Church. 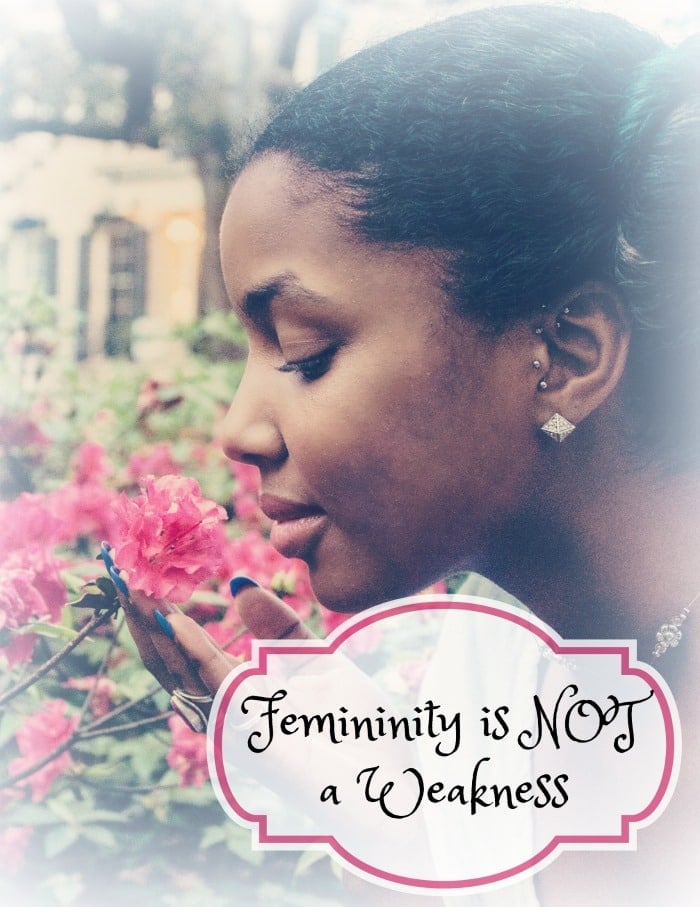 Older men are to instruct younger men, and older women are to mentor the younger women. The bible makes it plain that we are equal in Christ, but we are also to embrace the differences God gave male and female.

Society has made it so being feminine is a weakness and that we women need to be tough and deal with stuff (like a man), but a man who shows weakness is applauded as “being real”. Herein lies our problem. When we allow society to dictate our choices, things go awry and we lose our identity.

Back to being feminine. Femininity is not a weakness even though society would like us to think so. Being “girly”, having emotions, thinking with our hearts instead of our heads; these are good things.

A feminist argument is that women can do anything a man can and she can probably do it better so she should be paid the same as a man. I actually agree with all of that.

But if a woman truly wants to do a man’s job, she needs to do it like a woman. Too many times I’ve seen women in men’s positions and they are nasty. They talk bad, are rough, rude and nothing like a lady; nothing like I would want my daughters (should I ever have them) or daughters in law to be.

But there are exceptions. Women who fill what is considered a man’s job and she does it well. How so? Because she does it like a women. She knows that a lady can rise to any occasion and fill any spot she needs to.

In fact, a woman’s nurturing heart often makes her better at her job. This judge for instance, I love her heart! She didn’t “go soft” or do something risky, but she saw an opportunity and took it. 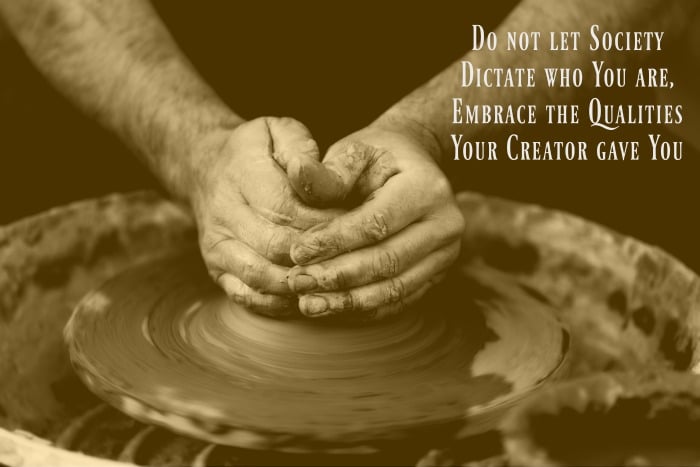 Femininity is not a weakness, it is in fact a strength if you are willing to embrace the feminine Qualities that the creator gave you. Ignore what society says about women, after all even society doesn’t quite know what you should be/do. Instead, go to the word of God; he created you after all, he more than anyone else knows how you should be.

I will praise thee; for I am fearfully and wonderfully made: marvellous are thy works; and that my soul knoweth right well.

My substance was not hid from thee, when I was made in secret,and curiously wrought in the lowest parts of the earth.

Thine eyes did see my substance, yet being unperfect; and in thy book all my members were written, which in continuance were fashioned, when as yet there was none of them.

So go ahead, be a stay at home mom, be a ceo, be a Dr, be a judge, be a construction worker, but most importantly of all, remain a lady!

What do you think, is femininity a weakness or a strength? Have you learned to embrace that strength?