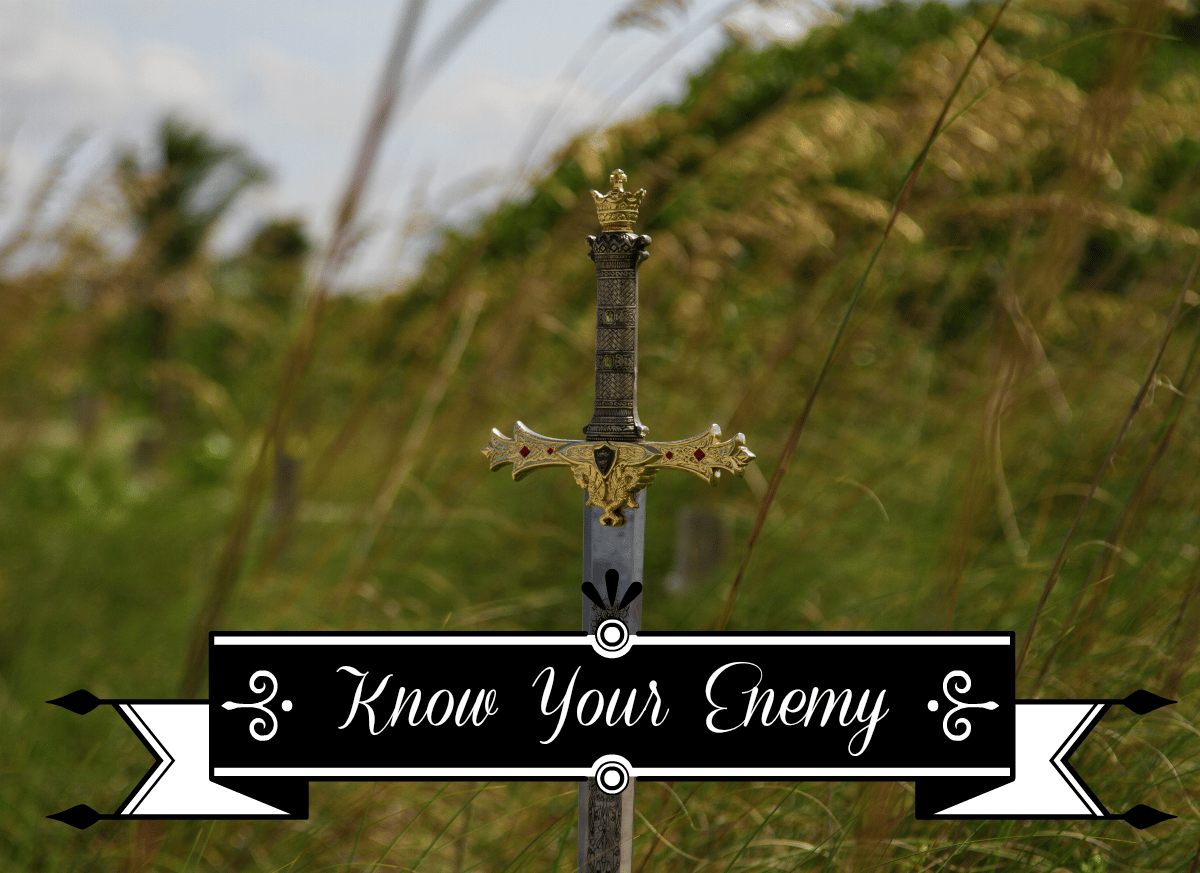 Here’s the interesting thing about enemies and fighting/disagreeing with each other.

[bctt tweet=”We all basically want the same things; to be heard, valued and to make this world a better place.” username=”aproverbs31wife”]

What happens when you “get to know your enemy”? What if you sat down and had an adult conversation and listened -the key here is to listen- to what your enemy wants? Then sought to discover common ground.

Chances are, enmity would disappear, a better future would happen, and you would no longer be enemies, but rather allies and friends.

Now here’s the flip side:

Christians have a REAL enemy

And my dear sisters in Christ, I cannot emphasize how important it is that you know your enemy! Know your real enemy and I don’t mean in a “let’s buddy up and be friends” type of knowing him.

Our enemy seeks to kill and destroy us. Not necessarily our bodies, but our souls.

We wrestle not against flesh and blood, but against principalities, against powers, against the rulers of the darkness of this world, against spiritual wickedness in high places. Ephesians 10:12

[bctt tweet=”Our battle isn’t against our fellow humans, but rather against the one who pits us against each other. ” username=”aproverbs31wife”]

When someone stands for something that’s against the scriptures; rather than jump in and condemn, stand back and recognize the enemy at work. This is where knowing your enemy is so important.

If you fly against the person who is sinning, you are allowing the enemy to work in you. Rather, going to your knees for prayer hurts the enemy like none other. 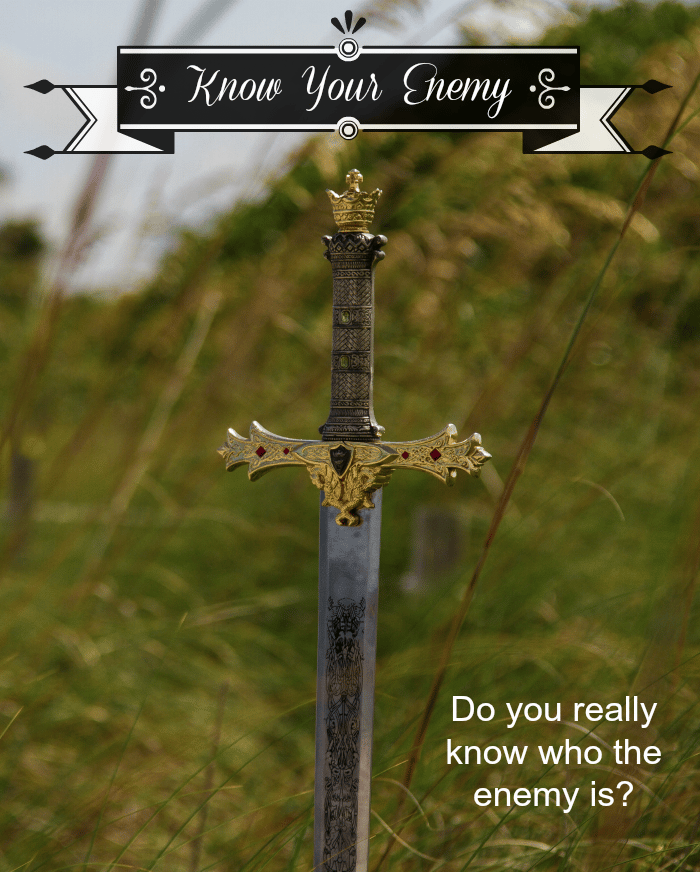 When it comes to battling our enemy, we’ve been given an entire armory of weapons of warfare.

Loins girt with truth: Read God’s word, study it, learn it. It’s the greatest truth you will ever know and it will guide you all your life.

A breastplate of righteousness: We’ve been given new hearts as the children of God and His righteousness keeps our hearts for him. As long as we realize that it is God who has made us new, our hearts will be protected in his name.

Feet shod with the preparation of the gospel of peace: Rather than rushing in where angels fear to walk, we can have the peace of God with us. In this peace, we will dwell peaceably among men.

Shield of faith: We can have faith that the gospel is true. This faith will protect us from the lies of our enemy.

Helmet of salvation: Our salvation comes through faith. This isn’t something we can earn or fight for, rather it fights for us and saves us from the destruction our enemy wishes upon us.

Sword of the spirit: This is the word of God. The Bible will guide us true and when our enemy comes at us with lies and a honeyed tongue, we can go to the scriptures and battle lies with truth.

Praying always: Probably the most effective weapon we have, a straight access point to the king of kings, and our enemy will not be able to withstand the fire that our prayers bring down upon him.

[bctt tweet=”Probably the most effective weapon we have, prayer will…” username=”aproverbs31wife”]

Know your enemy, and when you really know him, you will realize that those whom you once thought your enemies are instead to be pitied and prayed for. Step into the gap for them. They don’t know how to battle the enemy and are instead doing his bidding.

Fight for them, stand between them and the evil one. You will hurt the enemy the most with love. So love hard, love with abandon, love them more than yourself, and be willing to give all. For our fight isn’t against flesh and blood but against that which we cannot see and whose evil ways would continually pit us against each other.

So know your enemy, your real enemy, and love with God’s love our fellow man, for they too bear the image of our God. 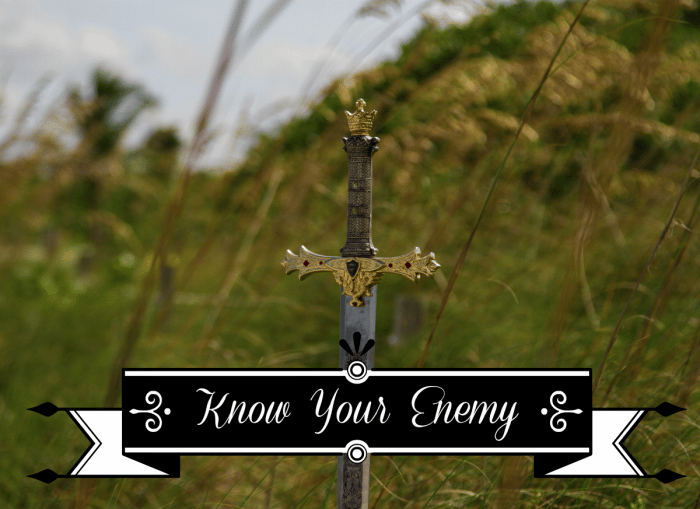